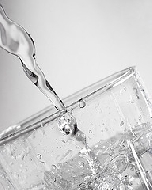 Part 1 of a 3 part hydration series

How can I tell if I am dehydrated?

It is an undisputed fact that hydration is important in daily activities, and especially in exercise. Dehydration resulting in a 2% change in body weight has been demonstrated to impact aerobic performance. Physiological consequences include increased strain on the body during exercise, increased heart rate and core body temperature, increased exertion, changes in fuel efficiency, and other effects on the central nervous system. Dehydration is prevalent in heat illness and exacerbates kidney damage caused by rhabdomyolysis (skeletal muscle breakdown). Muscle cramps are thought to be related to loss of fluid and sodium during exercise, although this hasn’t been reliably proven (Sawka 2007 and Kenefick 2012).

Kenefick and Cheuvront suggest using a combination of three indicators to determine hydration status outside of a lab: 1) a decrease in body weight greater than 1%, 2) dark urine color, and 3) thirst. The combination of two or more of these indicators is a good indication that you may be dehydrated.

1. To check your baseline body weight, a male who is weight-stable and properly hydrated should be able to average at least 3 measurements of nude body weight, taken in the morning after urinating. Women will need to do more measurements due to monthly fluid fluctuations associated with menstrual cycles (Sawka 2007).

2. Urine color should also be assessed during the first morning void to minimize confounding variables like exercise or acute rehydration. (Kenefick and Cheuvront, 2012). A urine color chart, developed by Dr. Lawrence E. Armstrong, and validated in a variety of populations, can be purchased here. Keep in mind that you should be looking at urine color in a clear container, not the toilet bowl.

3. Thirst by itself is an unreliable indicator, as it does not occur until after dehydration is already present, and is alleviated before full rehydration occurs.

Estimating fluid needs to replace water loss is tricky, given the high variability of individual sweat rates. Sweat rates are impacted by weight, genetics, acclimatization to heat, metabolic efficiency, and environmental factors such as temperature, humidity, and wind speed (Sawka 2007). An extensive review by the American College of Sports Medicine (ACSM) suggests that the average sweat rate of long distance runners and triathletes is 1.02 - 1.77 liters per hour, with a range of 0.4 - 2.55 liters per hour. Furthermore, the amount of sodium in sweat is also highly variable, dependent on many of the same variables. Therefore determining how much to drink during exercise is best done individually, through before and after nude body weight measurements. It is generally accepted that each gram lost during exercise equals 1 ml of sweat loss (Sawka 2007 and Kenefick 2012). Individual sweat rates vary depending on environmental conditions and type of clothing worn, so when developing a hydration plan for a competitive event, try to use conditions similar to the event when taking these measurements (Kenefick and Cheuvront, 2012). Hydrating while determining sweat losses is okay as long as you keep track of the volume. Use this formula for determining sweat loss:

Here are some conversion rates and an example to help you calculate:

Fluid and sodium losses vary greatly from person to person, so fluid needs should be determined individually.