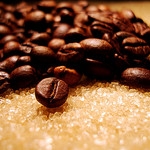 Caffeine is a safe and naturally occurring drug, well known for its “energy boosting” properties. Many beverages and foods naturally contain caffeine, and it is a popular additive in energy and sport drinks and gels (see table below). Caffeine is absorbed rapidly via the stomach lining, peaks in the blood in 30 minutes to 2 hours, is metabolized by the liver, and excreted via the urine. The half life of caffeine is about 4-6 hours. (Spriet and Graham; Sökmen, et al). The physiological effects of caffeine include: decreased tiredness, increased mental alertness, improvement in mood, energetic arousal, enhanced visual vigilance, enhanced choice reaction time, and decreased self-reported fatigue - all dependent on dose, timing, and habituation (Sökmen, et al).

The latest research indicates that a dose of 3 to 6 mg of caffeine per kg body weight enhances athletic performance for events longer than 5 minutes. This level of caffeine intake is within the legal limit for competition, optimizes the performance enhancing benefits, and minimizes the risk of side effects (Burke; Spriet and Graham . Many runners are concerned that caffeine will cause dehydration, however studies have repeatedly shown that overall hydration status is not impacted (Burke; Sökmen, et al  Spriet and Graham). Higher doses of up to 9 mg/kg have the potential to approach the legal limit for competition set by the IOC and the NCAA, and can increase undesirable side effects such as anxiety, loss of focus, gastrointestinal upset, and risk of arrhythmias (Sökmen, et al;Spriet and Graham). Additionally, there seems to be no greater performance benefit for doses higher than 3 to 6 mg/kg (Burke; Sökmen, et al).

The amount of performance enhancing benefit seems to be relatively consistent in the literature. Studies looking at caffeine use in time trials of running have measured a mean improvement of about 1%. (Gaino, et al; Schubert, et al). This may seem like a small difference, however in championship events, the difference between first and third place is often less than 1% (Schubert, et al). Therefore, the performance enhancing benefit seems to be most meaningful to highly competitive runners.

The effects of caffeine can also be altered by habituation, or tolerance, developed from chronic use. The average daily consumption of caffeine in the normal diet is about 3mg/kg - already within the dosing range for ergogenic benefit (Burke; Sökmen, et al). Caffeine non-users enjoy a greater enhancement in performance than habituated users, and it only takes 5 to 6 days for non-users to develop complete caffeine tolerance. Additionally, habituated caffeine users are at risk for withdrawal symptoms, characterized by headaches, fatigue, lethargy, flu-like symptoms, and decreased performance (Gaino, et al; Sökmen, et al). Typically these symptoms peak within 24 to 48 hours of cessation of intake, and not all people will experience symptoms.

Due to this habituation effect, multiple authors have recommended decreasing caffeine intake 1 week prior to competition. This can be done gradually over 3 to 4 days to prevent withdrawal. Acute ingestion of caffeine on the day of competition can reverse the performance deficit. Given caffeine’s rapid absorption, and timing of peak serum levels, the optimal window for ingestion is 1 hour prior to competition. (Gaino, et al; Sökmen, et al). For day-long endurance events, re-dosing caffeine during competition may also be helpful (Sökmen, et al).

To figure out your caffeine dosage, multiply your bodyweight in pounds by 1.36 to 2.73 (mg caffeine/pound body weight). Then reference the table below for sources of caffeine that you can include in your pre-workout fueling meal. If you don’t already routinely use caffeine, start with the lowest dosage to minimize your risk of side effects. For example, 3 mg/kg for a 130 pound woman would equal 177 mg of caffeine, or about 2 cups of brewed coffee. A 180 pound man would need 245 mg caffeine, or about 3 cups of brewed coffee.

Three to 6 mg/kg of caffeine taken 1 hour prior to competition may improve running times by about 1%, depending habituation.

4. Schubert, M.M. and Astorino, T.A. A Systematic Review of the Efficacy of Ergogenic Aids for Improving Running Performance. Journal of Strength and Conditioning Research. Epub ahead of print. http://www.ncbi.nlm.nih.gov/pubmed/22890496